Navigation
go where you need to go
Updates
your daily dose

OUT OF CHARACTER!
02.10.20. The Valentine's Event is up and running, and we can't wait to see who wins the baking contest of love! Chapter One is slowly coming to a close, and The Winter Event is getting interesting! Once Chapter One and Two are done, I will officially add them to the "Storyline" to account for the plot things that have happened in-game, along with the Awakening threads -- please don't forget about those! We also encourage many new threads and character/player intereactions as things progress! I'll try to keep everyone updated. Stay tuned... we have a major event coming up in March that will change everything.

IN CHARACTER! CHAPTER TWO!
It's the time of year in which the snowy winter wonderland constellation of Pisces holds their annual celebration. The festival is thought to be dedicated to the winter diety, Skadi, but the event itself is an ice-skating extravaganza complete with snacks, music, fun, and even a competition for everyone in the system to participate in or spectate. Meant to bring people together, the annual ice skating festival is often the place in which many friendships, and even romantic relationships, blossom!
But, unbeknownst to them, the Corrupted are about the break the ice... Literally. 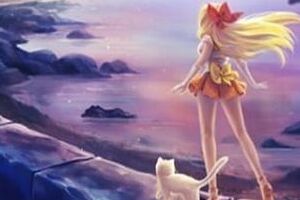 Creator of Shine Bright. I am usually around and will reply back as soon as I can. If you can't reach me via PM, you can always DM me at eclipsedreams#5600. Let me know if you have any questions or ideas! ♥ 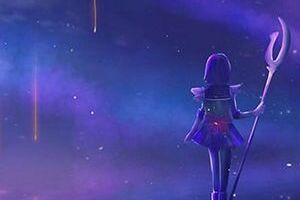 Global Mod of Shine Bright. Hey there. I'm Kayko - Kay to friends, which are now all of you! ♥ I've been role playing (in some form) for basically half my life. I'm pretty easy to summon and always happy to assist.

Population
all the pieces
Credit
the inspiration, creation, and thanks
SHINE BRIGHT was created by Dreams, and is inspired by previous Sailor Moon roleplay forums like Moonlight Destiny and Sweet Serenity, albeit with an original twist and universe of its own. The theme and board mod was made by Dorothia, while the mini-profile was borrowed by Pyxis. Images were found on Google, Zerochan, Pinterest or any other image resource site. Characters belong to their creators, and face-claims to their original series. Naoko Takuechi is the amazing imagination behind the wonderful world of Sailor Moon -- the members of this forum merely revel and play in it.